Here’s my inspiration for Haden. I’ll post snipits of Courting Darkness here–little teasers to remind you why you love to hate this bad boy. Enjoy! 🙂 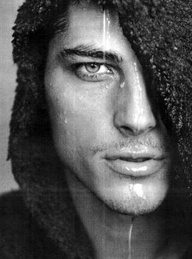 3/9/13~~~As she blew past him, Haden bit his lip, fighting the amused grin tugging at the corner of his mouth. He loved a feisty female, one who was unpredictable and could hold her own against him—one who didn’t cow in the face of danger and could weather the storm of his temper. Olivia didn’t disappoint. Fuck, he hoped he wouldn’t have to kill her…

3/13/13~~~Grinding his arousal against her backside, he growled, “I should take you right now for… that little stunt. Haul that cush ass of yours into the back seat and finish this.”

It was a threat she knew he could easily carry out. At her shameful, breath-hitching sob, Haden hissed a curse and his biting grip on her neck eased a touch. “Do you think I want to want you, Olivia?”

She hoped his question was rhetorical because she couldn’t speak past the lump in her throat.

“Do you think this is some game that you can outplay, outwit and outlast me? It’s not Survivor! I’m ancient—old as fucking Noah and his Ark. I’ve spent lifetimes hunting the Sighted. Do not tempt me again, or I swear to God I’ll finish what you started.”

3/14/13~~~Before her feet could touch the pavement, Haden’s hand was on her arm–his grip firm and unrelenting. It was difficult to imagine his touch being otherwise, yet only a score …of minutes ago, he’d held her with a gentleness she’d thought him incapable of.

Looking at him now, wearing that standard-issue scowl, the impassive arrogant glint in those sea green eyes, she’d swear this wasn’t the same man. And then there lies the problem… She thought of him as such when the truth was, Haden wasn’t a man at all. Sure, he shared some of the same Homo sapien genetics, but he was so much more. And the minute she let her guard down and forgot that, was the moment she’d surely die.

He’d been prepared to die in that grotto today, appropriately named Paradise Lost. There was no shame in dying for what you believed in. If he was honest, he’d have to admit that a small part of him would have been relieved it was over. Perhaps in death he could finally find the peace his existence had eluded him. Of course, that was assuming he didn’t burn in hell for all eternity. That he even considered the possibility he wouldn’t was a joke, and damn Olivia for believing it—for believing in him.

She had no right to do what she did. He was a big boy. The last thing he needed was a little mortal waif interfering in his business, fucking up his plans…and he sure as hell didn’t need her pleading for his miserable life.

4/10/13~~~~Now this is why Haden is the bad boy you love to hate! 😉 Courting Darkness…
“This can’t be happening…” Haden groaned, glancing up to Heaven and praying to a God who’d never done him any favors, for just a little bit of help here.
Tracy was still naked, except now she was on the floor, knees pressed to the age-worn carpet as she clutched his hand in a surprisingly strong grip of desperation, looking up at him with those mascara-stained cheeks, hot pink lipstick smeared around her mouth in a bad Joker impersonation.
“You don’t understand! He’s going to kill me!” she pleaded, as if she thought that was somehow going to change his mind.
What that bitch didn’t realize, was that if she didn’t let him the fuck go, he was going to kill her. If she knew what was good for her, she’d grab her shit and take her chances with her BF.
“I love you!”
Oh for crissake! “You don’t even know me!” he growled, trying to shake her loose, but damn, that female was stuck to his arm like super glue.

5/8/13~~~~“That’s enough!” Olivia snapped, earning her an arched brow of mild amusement. An arrogant grin tugged at Haden’s top lip, as if he found it humorous she had the nerve to stand up to him. Well, he hadn’t seen anything yet. This guy was about to get a whole lot of honesty laid on him, and she hoped he had plenty of time in court to choke on it.   “Just because you’re pissed at me doesn’t give you the right to behave like an ass. If you really want to know the truth, you’re absolutely right. I do have feelings for you.”

The cocky quirk of his brow fell so fast she nearly laughed, his amusement chased away by her confession. “In fact, there’s a part of me that probably even loves you. But you’re broken, Haden, and I can’t fix you. Even if I wasn’t with Liam, even if my heart didn’t belong to him, I’d never give it you because you’d only break it.”

Impassivity quickly replaced any and all emotion, his jaw locking down tight with quartered aggression. Tension crept into every muscle of his impressively large body which stood much too close for comfort. His face hardening to granite as his piercing gaze bore into hers without apology. Still, she forged on, needing to get this off her chest, needing for Haden to hear the truth… 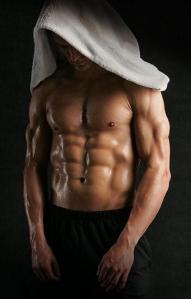 For those of you who are missing Liam and Olivia here’s a hot teaser from Courting Darkness… Enjoy! 🙂
3/19/13~~~~Liam moved closer, his imposing size dwarfing her. His dark violet stare turned a smoldering sapphire as he leaned in, using his bod…y to pin her against the wall, palms planted on either side of her head. Dipping his face close enough she could feel his breath skate across her neck he whispered, “Tell me what happened.”
Her mouth was so dry she couldn’t speak.
His voice was a husky caress when he continued, “Were we in the shower? Were your hands soaping my naked body, Olivia?—tracing my scars with your fingertips… Your tongue on my back—teeth nipping at my muscled flesh until I thought I’d lost myself right then and there…”
Oh Lord, it wasn’t a dream!—and hearing Liam describe it to her in intimate detail made her body ache to reenact that night all over again. She closed her eyes against the onslaught of need flooding her veins. Had she called him a stranger? He was hardly that. She suspected he knew her body far better than she knew her own…
3/27/13~~~~ “You’re not going to lose me, Olivia—”Although Liam kept his gaze fixed ahead, overly focused on the vacant highway, the hard line of his jaw softened a touch.“—our Blood Covenant is binding.”“What is a Blood Covenant?” She’d meant to ask him yesterday when he’d given her the out, but being pinned between the mattress and his hard naked body had not been the best moment for a time-out explanation.“It’s a binding union recognized in the courts of Eternal Law. The day I assumed your guardianship, I gave my heart to you. I committed by body in service to you, even unto death. I have always been yours, but you have not been mine.”
4/9/13~~~~I cannot get this book written fast enough! 🙂 I’m so excited to share this story with all of you!!
“I’ll ask you one last time, Olivia. Has Haden touched you?”
“He…” she sighed. Ah hell… What was the point in trying to protect him if it was only going to hurt her relationship with Liam? Trust was a fragile thing, as she well knew, not easily earned once broken.
“He kissed me. That’s all.” And that was all she was going to say about it. There was no way in God’s green earth she was about to offer up the details of the dressing room fiasco. What she’d done had been with purpose. That she hadn’t hated it was neither here nor there. Even if her heart didn’t belong to Liam, there could never be anything between her and Haden. He was just too damaged.
4/21/13~~~~Two amazing males with such gripping juxtaposition. Wow… I truly love them both!
Quotes from Courting Darkness…
Haden: “Don’t mistake my charity for friendship, Olivia. The only reason you’re alive right now is because I will it so.”
Liam: “In your mind, you’re humanizing me, Olivia, and that’s not the way I’m put together. I don’t think like that. And I certainly don’t have relationships in the context you’re referring. You are the exception in my life, the filter through which every decision I make is made.” 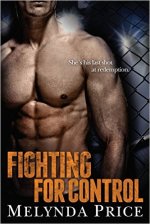 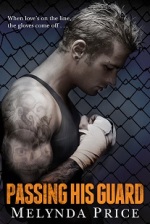 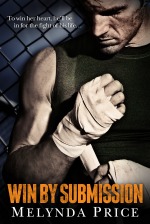 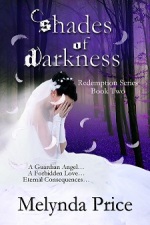 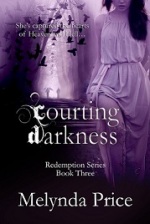 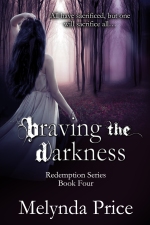